Art With A Licence To THRILL! 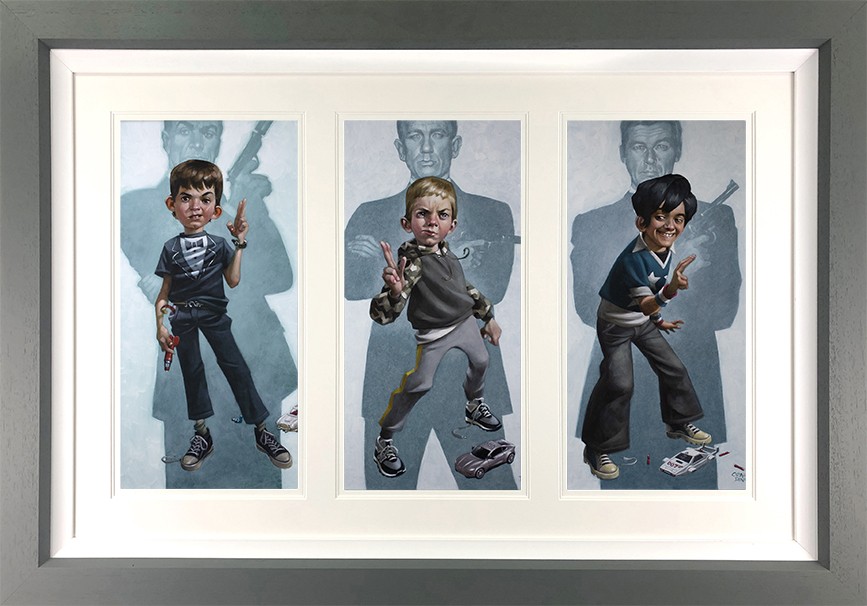 Craig Davison's new James Bond inspired artworks come just in time for the delayed "No Time To Die" being released in cinemas at the end of the month. The playful figurative artist's rendition of the iconic secret agent play tribute to a few different Bond actors; choose from Daniel Craig, Sean Connery or Roger Moore.

Davison has energetically captured 3 of the most iconic actors to don their Tuxedo and pick up the Walter PPK. Originally due to be released alongside the long-awaited new James Bond, these artworks are a great addition to any James Bond or Craig Davison collection.With the "Bond Trilogy" Triptych being of an edition of just 10, we can't see these artworks hanging around for too long.

All available as a Hand Embellished Canvas or Limited Edition Giclée on Paper.