By Billy Connolly, Born On A Rainy Day 2019 is an exciting art project that first began over 10 years ago. On a cold, rainy day in Montreal, the beloved comedian & artist stumbled upon an art shop where the creative urge took hold. After hours surrounded by art supplies in his hotel room, his creativity flooded onto the page in forms of sketches, each brimming with personality.

Sketching surrealist characters from his wild imagination, these works by Billy Connolly born on a rainy day in Montreal have continued to grow. At every opportunity since, Connolly has drawn characters from his imagination. In 2010, the Born On A Rainy Day series truly took form as a limited edition collection of high quality fine art pieces. "It bears no relation to comedy or music," Connolly says of his creative process, "my art is pure and unjudged, I am creating for myself, it is personal and private; whereas with a film, comedy show or music you expect people to be critiquing, watching, assessing. Art is different, it liberates you." His technique is similar to that of the Surrealist Automatism movement, whereby the artist allows the hand to move randomly across the paper or canvas, without an intent to create anything specifically. Connolly’s images seem to evolve as they are being created, allowing the image the freedom to become whatever it's destined to become. This 'Automatic' drawing was pioneered by André Masson, and has been practiced by Salvador Dali, Joan Miro and Jean Arp. Connolly’s characters are faceless, anonymous; seemingly devoid of emotion or expression and yet, the emotional connection with the audience is quite prevalent. It is perhaps, the simplicity of these characters that allows the viewer to connect with them so deeply, there is nothing contrived or intended about this work. It is creativity in its purest form, it has come from a place inside the artist that is not concerned with an audience or showmanship, it is not driven by a reaction or approval; it is simply being, each drawing has taken its own path and begins to come alive as the viewer creates their own unique narrative. Sir William 'Billy' Connolly, CBE, was born in Glasgow in 1942. Lovingly nicknamed 'The Big Yin' (The Big One) in his native Scotland, Connolly rose to prominence in the early seventies with his groundbreaking style of comedy. He's appeared as an actor in several high profile films. In 2012, Billy Connolly's artistic expression took a new path, in the form of fine art. 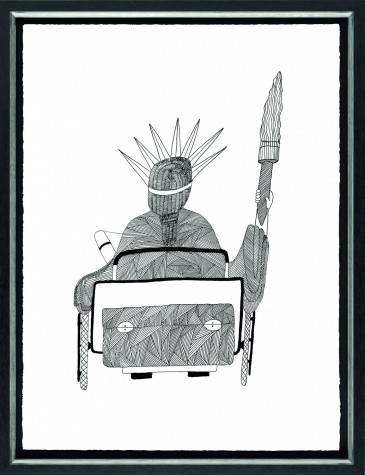 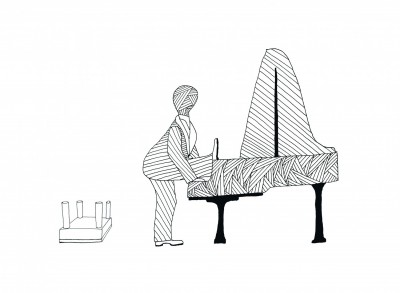 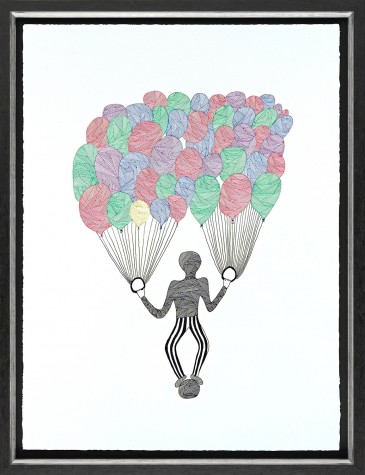